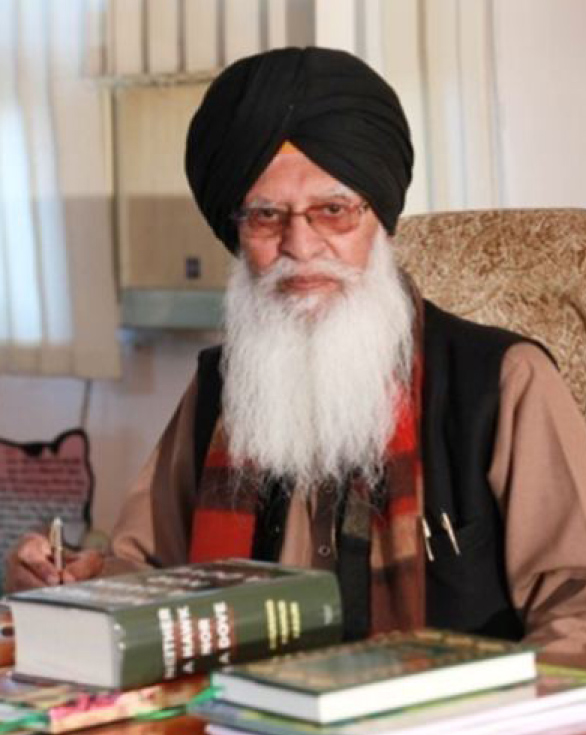 If you tell the truth you don't have to remember anything.

Anyone who has never made a mistake has never tried anything new.

Develop a passion for learning. If you do, you will never cease to grow.

A quality education grants us the ability to fight the war on ignorance and poverty.

In the words of James Kouzes and Barry Posner, authors of The Leadership Challenge: “There’s nothing more demoralizing than a leader who can’t clearly articulate why we’re doing what we’re doing.” The meteoric rise of BFLC since the time of its inception would not be possible without the vision, experience and wisdom of its founder S. Inderjit Singh Khalsa. Being a lawyer by profession, he dreamed of an institution form where the youth of this region, which did not have any law college, could obtain law education. This dream came true when he founded Baba Farid Law College. Our founder is a social worker and comrade at heart. He wanted this institution to cater especially to those sections of society which could not afford expensive education. The fruition of S. Inderjit Singh’s idea stems from his own success as a foremost lawyer of Punjab.

Having earned his education from various prestigious institutions in Lyallpur, Amritsar, Lahore, Rawalpindi, Ferozepur, Faridkot and Jallandhar, he started his practice in criminal law and became the most reputed lawyer of this region. He became president of the District Bar Association and District Olympic Association of Faridkot. As a recipient of over a dozen honoring awards for his extensive service for society, he has always led by example and proved that honesty, hard work are the solid building blocks upon which a successful and progressive future can be built. The harmonious campus of BFLC is a living proof of his vision. During the 17 years, he guided the destiny of BFLC, he pioneered college’s involvement in law education. The college today stands with its status as the number one law college in Punjab. We are fortunate to have a man of the stature of S. Inderjit Singh Khalsa in our midst. His sterling leadership qualities, remarkable foresight, uncompromising pursuit of excellence, humility, prodigious capacity to motivate and trust people will continue to guide and inspire future generations at BFLC.